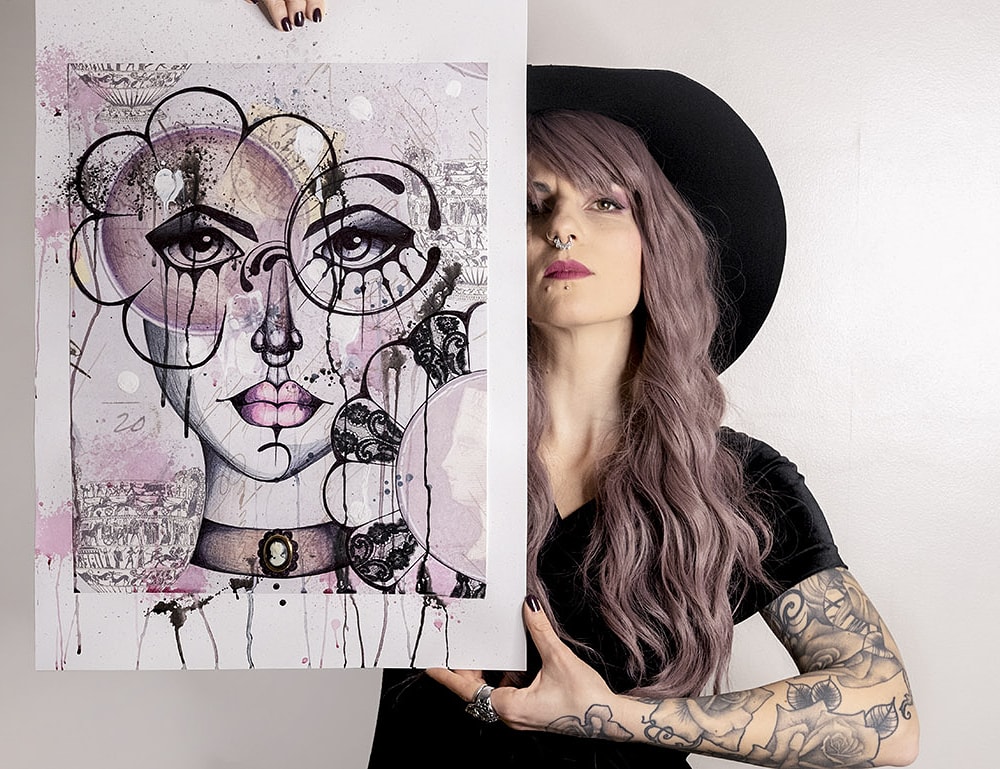 Hailing from Osimo (AN), in Italy, Perla was noted for her avid interest in art from a very early age.  She pursued her passion and calling by going on to study for a BA in decoration (decorative art and design) at the Academy of Fine Arts in Macerata. Two years later in 2012, she secured her MA in decoration at the same institution. This field of study imbued her with a wide range of skills from painting to fashion design.

Perla began exhibiting in 2008 while still an undergrad, before moving to London in 2014 where she is currently based.

Her works have several dimensions and she employs various painting techniques. The chosen frames accurately reflect her imagination and creativity. Perla draws inspiration from all around her; not only does nature serve as a boundless source of inspiration but also architecture, fashion, photography and design. There is no contingency, every single detail is minutely treated having risen from experiences, memories, moods and careful study.

Perla is addicted to color and shade, to light and shadows. White is not always white and black can be something different with its various nuances. She utilizes the effect of shapes in suggestive ways. Geometrical patterns become flowers, spirals and spherical shapes create bodies and faces. Each single element is surrounded by the distinctive everlasting sentimentalism of Italian art.

“The paint brush is my tool to communicate to the world, I couldn’t express myself without painting” says Perla, who also describes herself as mainly a portrait artist. Her women are depicted in a dark perspective, teetering on high heels to balance between chaos and order.