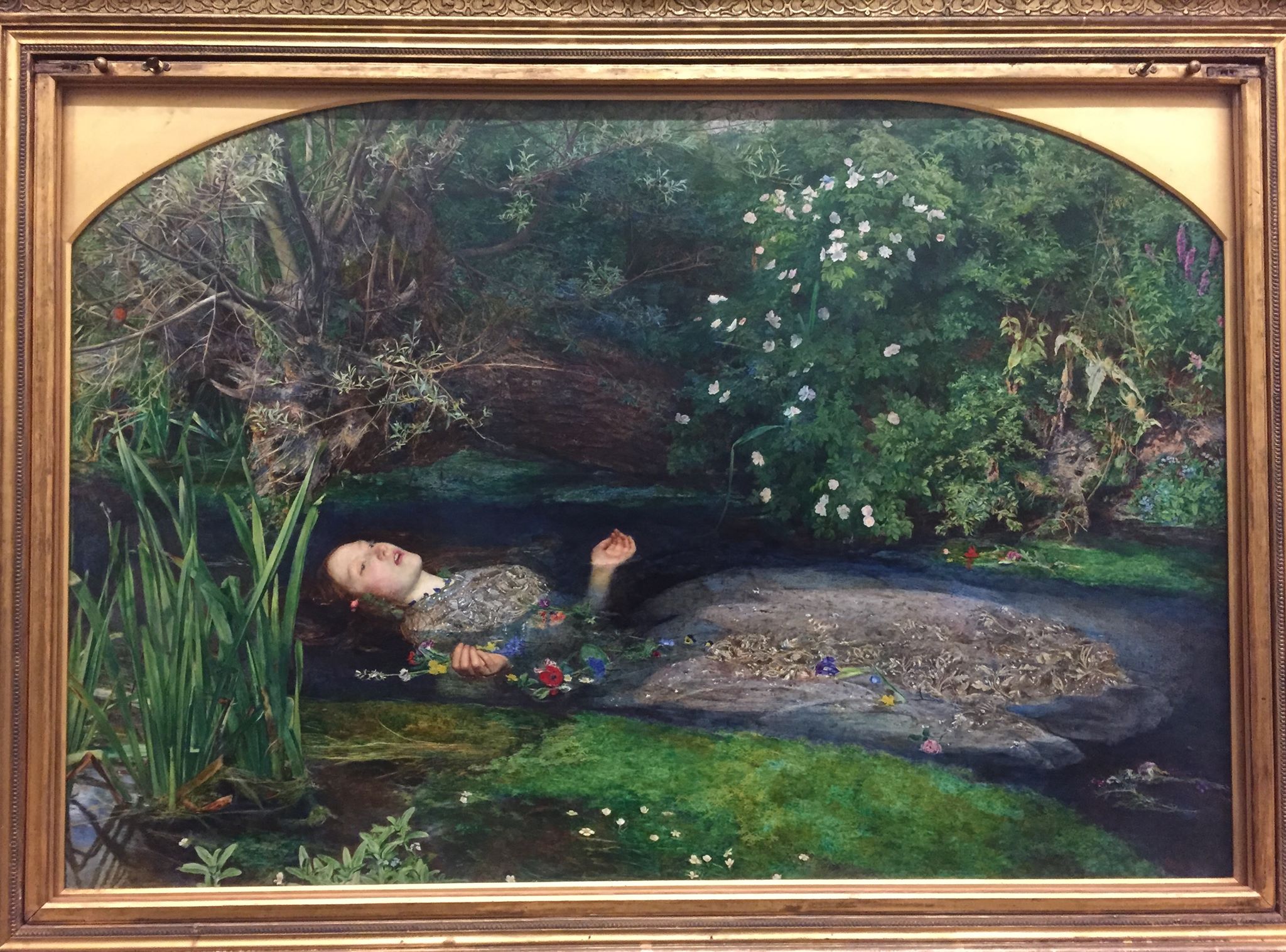 The talk and tour will be led by London based painter Selin.  She will be focusing on the following works; The Lady of Shalott by John William Waterhouse, Ophelia by John Everett Millias, Sancta Lilias by Dante Rossetti, The Death of Chatterton by Henry Wallis,  Lady Macbeth by John Singer Sergeant, and The Beloved by Dante Gabriel Rossetti.

The Pre Raphaelites were a group of radical English artists and poets that formed in 1848, during the Victorian era. They rejected The Royal Academy of Art style of painting that was taught, which was heavily based on the Raphael tradition of painting. They depicted beautiful sensual women, fairytales and epic legends from Greek myths and classical stories, in a realistic manner.

They bought a new way of painting subject matter that still evokes a powerful and emotional response to this day.

This talk will dive into the stories behind the artists, their lives, inspirations and subjects in the 6 key paintings that are part of the permanent collection at Tate Britain. The talk will discuss how they evoked a new approach and sensitivity to painting that caused a sensation in Victorian England, as well as how these 6 selected paintings by The Pre Raphaelites Brotherhood left a significant and powerful mark on the Art world, that forever changed the ideas and notions of traditional painting.

Join us on this Pre Raphaelites talk and tour at Tate Britain that will surely be full of insight and inspiration for any art lover or enthusiast.

Selin has completed a Masters Degree in Painting at Wimbledon College of Art and has
also studied a Fine Art degree at The University of the Arts London. She has extensive
and wide knowledge on Art history, specifically focusing on paintings of the late 18th and
19th century. She has especially a passion for the Pre Raphaelites Movement. Her future
ambition is to study her PHD in Art History at The Courtauld Institute of Art. Selin is also
a practising artist and painter.

From 1.45pm by the cloak room on level zero at the designated gallery’s groups meeting point.  Look out for the man (Ri) in an orange hat with Different Planet written on it.

The event programme is downloadable from here; programme